Great news, Sam Heughan has a chance at tag-team wrestling or a boxing match since both Graham McTavish and Duncan Lacroix were announced as guests at Wizard World Chicago!

Good news is as of this writing, there are still tickets! If you are in the Tri-State area, you are in for a treat. And really you should go see the Windy City, because once these three are done with the city, it will never be the same! 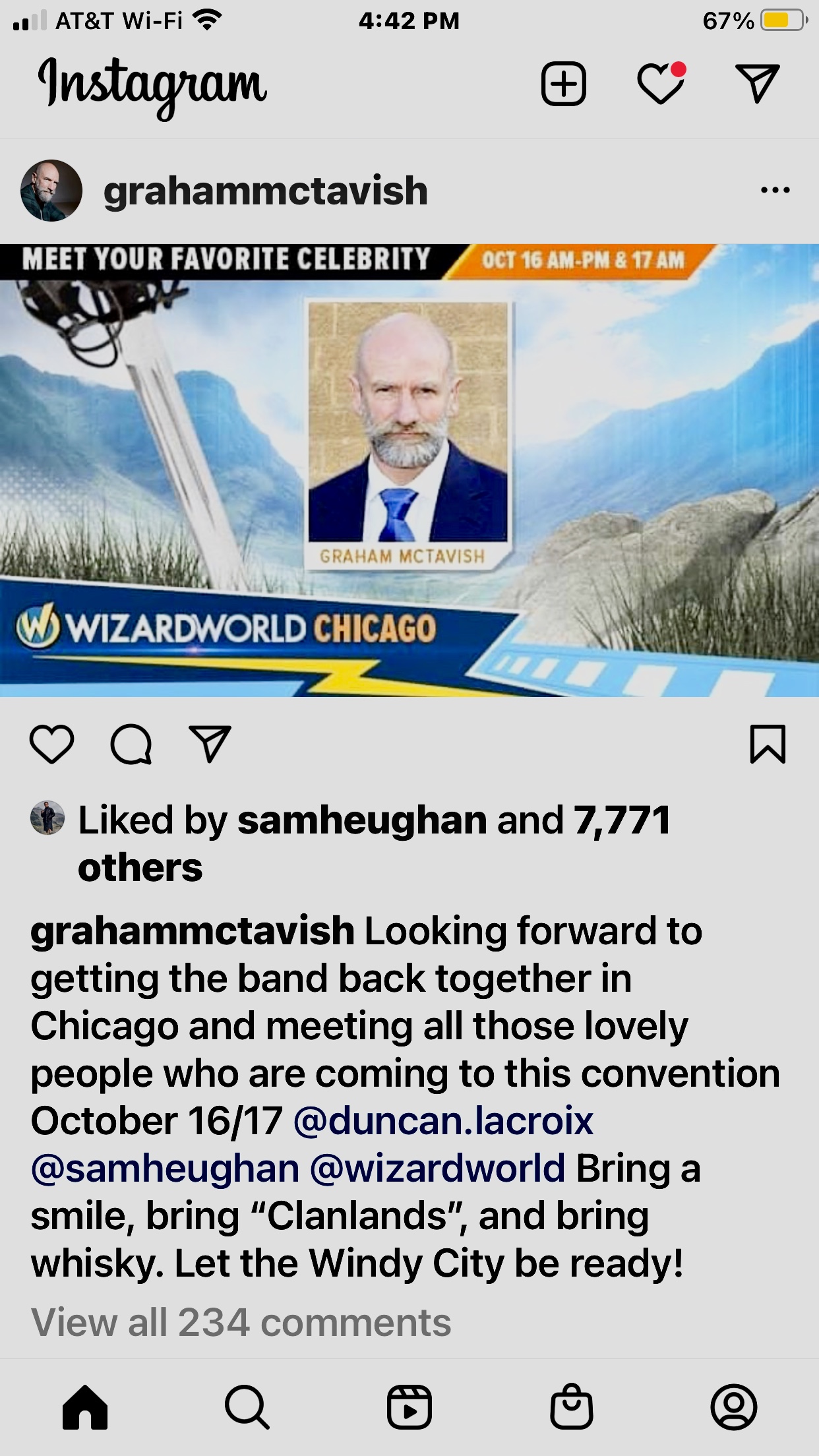 Graham McTavish shared a Tweet on his joining in the mayhem. He’s threatening to get “The Band” back together. Wondering what musical instruments they will slaughter, starting with Kazoos. Please no Clarinets, Graham. Graham has been stacking up the roles since he left Outlander in Season 2. Buy autographs and chose a vast array of stills for him to sign, Preacher, Lucifer, The Witcher, Castlevania and coming up, House of The Dragon. 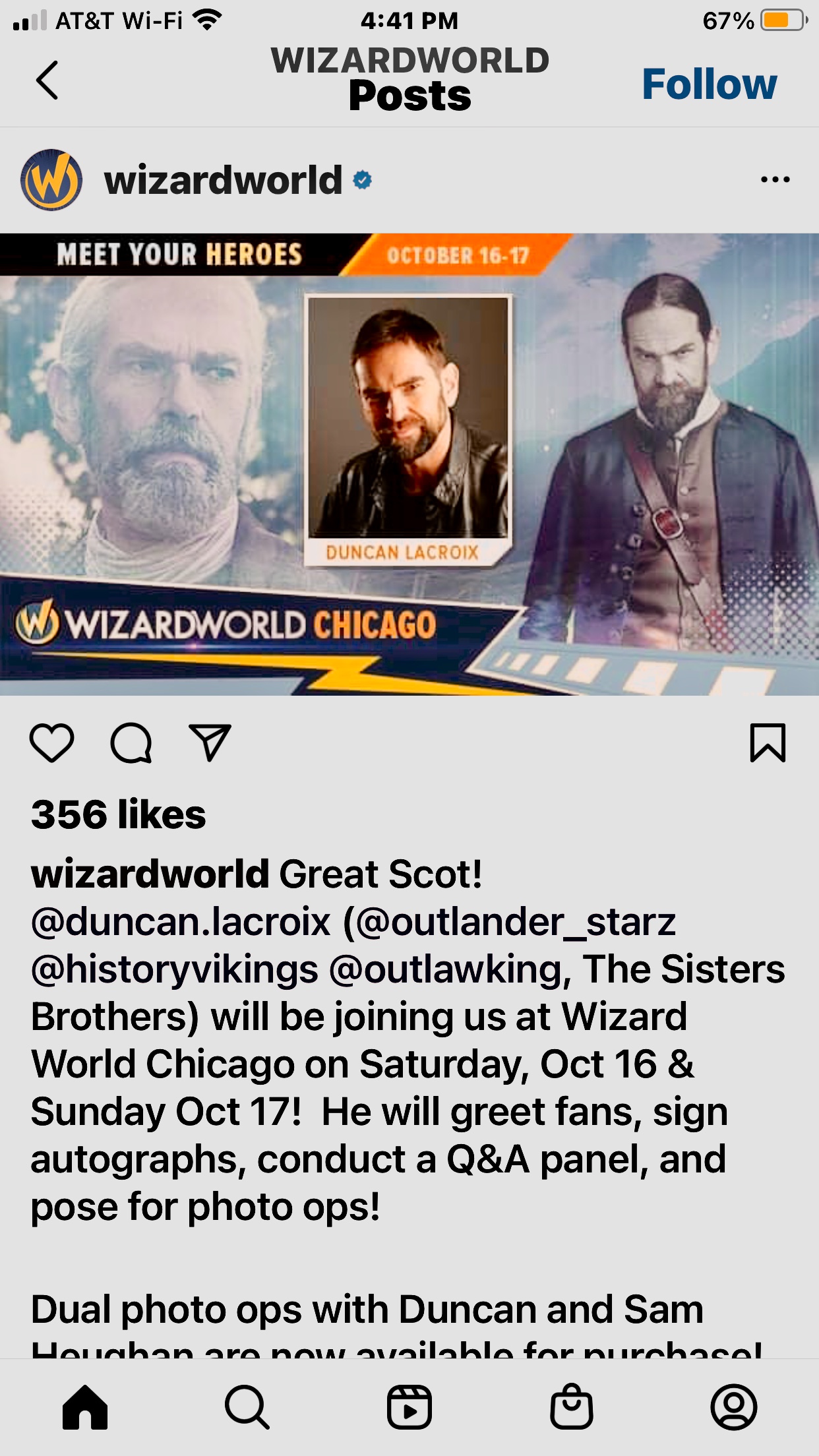 Duncan Lacroix will be appearing Saturday and Sunday, and they even gave him a panel. Look out! Autographs and Photo Ops promise to be quite crazy, as Duncan is usually up for anything! There’s rumor going around that there will be a boxing match or mud wrestling. And the Whiskey better come by casket.

Tickets for admission are separate, and the photo ops are going fast. There are waitlists already. So check out the tix here: