Andrew Gower and Stephen Walters have been working fervently, when not on acting and music projects, and a documentary called Humpty Dumpty. It’s a documentary about the Mersey Beat music scene in Liverpool. It’s a story featuring Tommy Quickly, a lesser known musician of the same scene that the Beatles and Jerry and the Pacemakers came out of.

Tommy’s story took a very different path from his peers, and musicians and actors Andrew and Stephan rand a successful fundraiser. There will be some original songs by Andrew and Stephan for the track. This past week, production wrapped and it’s being edited and ready to show at film festivals. 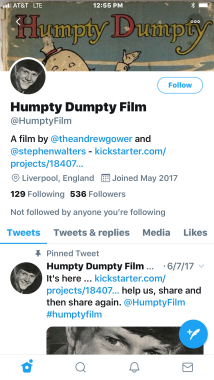 Gower fans what can you see Andrew in since his days on Outlander? Plenty. The Black Mirror TV series on Netflix in Crocodile, Season 4 aired December 29, 2017. Midsomer Murders (2018) a long standing series in the UK with the episode Send in The Clowns, check it out on Britbox. Indie Film Running Naked, released in the UK in January 2019.

And wait for it…Season 5 of Poldark! Andrew will play James Hadfield in episode 5.1. Can’t locate images yet for your viewing pleasure. It was announced in January, but we do not know the particulars on this character yet. Hadfield was a political historical figure in England. He had served in the French Revolutionary Wars as soldier, received head wounds and was subsequently damaged for life. He was convinced that he could help bring about the second coming of Christ by

assassinating King George III. Well, if that’s not a role Andrew can get his teeth sunk into, who else could? Poldark is due for release later this year in the UK and on PBS in the US in the Fall. Other upcoming in production roles as Ezra Spurnrose in Carnival Row , a dark and moody future series, and Blessed Are They That Fear The Lord. 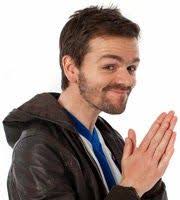 series Anne, staring as Steve Williams. The film is about the Hillsborough disaster in Liverpool at the FA Cup semi finals, where Anne Williams son is killed as a result of the tragic rioting, along with 95 other victims. Stephan visited this subject before when he starred the drama Hillsborough in 1996. He is also in pre Production for This Guest Of Summer as Catcher ,with another Alum or two, Duncan Lacroix as Flayel, and directed by Graham McTavish (Mallory). Filming will start in fall of 2019 in New Zealand.

Film info and video summary about film project with a song : https://www.kickstarter.com/projects/1840778365/humpty-dumpty-film?ref=user_menu

Touching base on some of our original Highlanders we enjoyed so much in the series 1 and 2, and keeping up with the amazingly talented actors that are blazing ahead on new projects. Warning, there may be some spoilers.

Duncan Lacroix will be seen in two films this fall, The Sister’s Brothers, a whacked out, off-beat Western in theatres later September 2018,  and The Outlaw King, a film on Scotland’s famed king Robert The Bruce on Netflicks in November. Only this time he will have dark characters to play. This is not a first for Lacroix, who takes on each role and plays it to the fullest. It was leaked out last winter by  observers at filming for season 4 of Outlander that Duncan was spotted much grayer and in quite the fabulous costume. Speculation has gone on for months. It’s sad that we are so in love with our characters that we have to spoil the surprise, but knowing Duncan, no matter what, there will be that surprise entrance and even a lack of lines does not mean he cannot put full Murtagh into looks and action that will ensue. But Lacroix is one who loves to swing a sword and an axe, and that often does entail being the bad guy. Being a really good bad guy that may have some human or redeeming moments can still make us root for them. They spice up our stories and drive them, if it was all good romance I would never watch it. And every actor longs to play in a Western, even if it’s a small part. So look for these two great flicks this fall.

Graham McTavish’s directorial debut in the upcoming film, This Guest of Summer, has reached it’s $200k goal and has a few days left to get some more fundraising in. I have enjoyed the great perks with my favorite so far being Duncan and

Graham talking about a Sam Heughan audition, and a possible toupee? Check out the page on the film that will be going into production over the next few months. Even if the initial fundraising may finish soon, bookmark the page and see what perks you can pick up over the next months. Hint: There’s a really cool cast member for the series Preacher that Graham plays such a great lovable villain in the Saint of All Killers (SOK).

McTavish has been hitting up several Comic Cons this season, enthralling fans from all his cross genre exploits.

And joining the cast is Duncan Lacroix and Stephen Walters, along with some former Hobbit actors. It looks very creepy weird, just the way we like it.

This Guest of Summer at Indiegogo.com

The Outlaw King on Netflicks

Stephen Walters is working on an indie project of his own, Humpty Dumpty, with fellow Outlander alumni Andrew Gower. Humpty Dumpty is a documentary that ran it’s fundraising on Kickstarter and is about the Merseybeat Music scene, focusing on Tommy Quickly. Production is starting to kick in with film crew being hired. If you are a fan or just curious about the rest of the bands in the famous Mersey Scene, you’ll want to  catch this when it’s released.

Don’t forget, you can catch Stephen on Season 4 of Shetland now available on Britbox in the US.