As with every repeated Droughtlander, and many of you turn these into Draughtlanders with Whiskey, wine, and tears,  during Seasons 1-5 weeks long marathons with friends. What you haven’t started yours yet? I just started up Series 1 for the hundredth time. Socially distanced gatherings which unless you are pods is done virtually with Zoom and the telly. At least some of the Outlander cons are making a slow comeback, see Outlander Events.

There will be book references, so spoilers alerts as always.

Speculation is rife as always, so here we will break down some possibilities, keeping in mind that Series 6 will be shortened to 8 episodes and pulling from A Breath of Snow and Ashes, and possibly the 7th book, An Echo in the Bone. The writers have been blending in and cut and pasting story lines into the series to speed up for television translation. The 7th season was announced as going into production in early 2022, which sadly means at an extended 16 episodes will fill out most of the year. Unless they do a split season like they did for season 1, don’t expect this extended season before 2023.

So many of the key players have been seen on BTS pictures, however there has been report  by Matthew B. Roberts as showrunner and producer, that the Murray’s will not make it in this season. Both Laura Donnelley and Steven Cree have continued on in stage and series (The Nevers and A Discovery of Witches respectively), and with the shortened season, could not be added. However, they figure in the book storyline for An Echo in the Bone.

And, since Caitriona Balfe announced the birth of her baby boy this last week, it will take time with family before the actress can begin filming for the next season. It is not known at this point if she is producing on the season definitely yet.

So here is what the main points of books the next 2 books are and could possibly be moved around and edited to the television series writers whims:

Which of the above mentioned storylines do you see being in this shortened season 6 and longer season 7? Will season 7 include events of the rest of the American Revolution that follows in 1778 with Written in My Own Heart’s Blood. The release of book 9 Go Tell The Bees That I am Gone comes in November 2021 and since it will be hard to press this series on for a 9th season, will we see events come to a conclusion after the War?

Outlander season 6: Will Brianna and Roger MacKenzie travel back to 20th Century?

Some really great news to help us get over the longest ever Droughtlander.

Starz ® announced during #WorldOutlanderDay on Twitter that it’s a wrap on Season 6. Here’s what we know so far:

difficulties of dealing with a world pandemic and restrictions on filming and production, they have decided to have Season 6 end after the 8th episode. Sounds a little ominously GOT to me. However, they have promised to return with a longer Season 7, with a promise of 16 episodes and a Season 6 opener of 90 minutes length. Plenty of time to set up the aftermath of Claire’s ordeal and recovery at the end of Season 5 in “Never My Love”.

The time travel adventure will take on two of Diana Gabaldon’s books in the series, A Breath of Snow and Ashes, and An Echo in The Bone. Given it takes Gabaldon anywhere from 5 plus years to write a book, with her 9th book Tell The Bees That I Am Gone, due out this fall, we wonder if Season 7 may be the last season. Indeed since one more book is planned, the writers, who have already changed and added storylines, will no doubt have to wrap up the series. We are hoping we can see it reach a Season 8, and finally the mystery of the Ghost of Jamie in Inverness in the 1940’s will finally be explained. 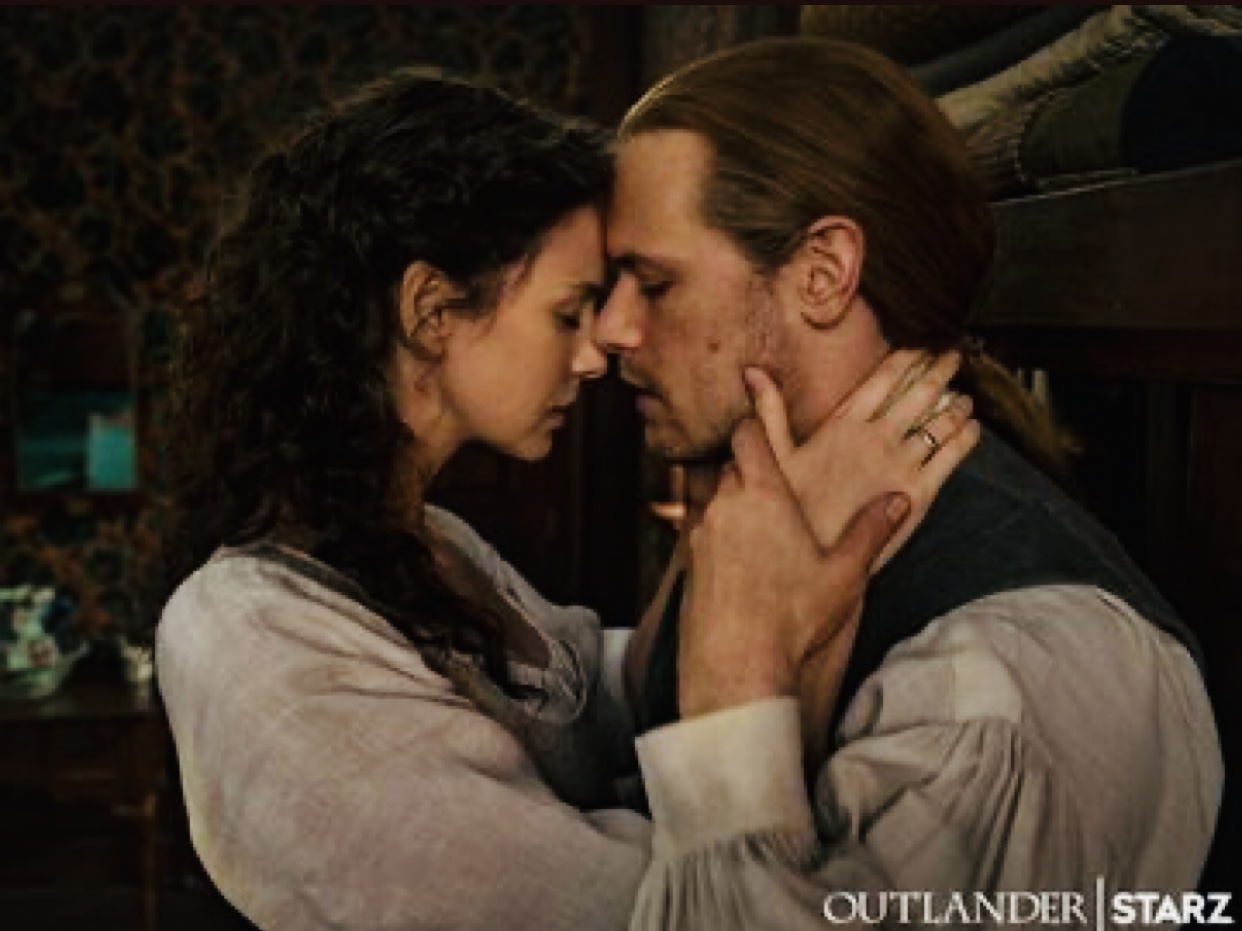 And new pictures have arrived! What we do know, is that Claire (Caitriona Balfe) will be recovering from her kidnapping and rape, only to have a whole other ordeal to live with coming to the ridge. The seeds of the American Revolution have been sown, and war is on the horizon. Fergus and Marsali continue to add to their family, and that if one of the book storylines is brought in, the MacKenzies may just make it back to the 1970’s as war becomes more of a reality.

The Season 6 Episodes so far titled are:

We have perhaps our first glimpse of Amanda, Brianna (Sophie Skelton) and Roger’s (Richard Rankin) daughter?

New relationships (Beardsleys and Lizzie) will blossom on The Ridge, as well as a powder keg of ideals with religion, loyalties to King, or the new forming country.

Keep an eye out in these pages as we confirm this season’s locations and add them to our inclusive list of Outlander Locations. It was a season of very well kept locals for production and Covid standards expediency. So once travel get’s back to normal, we are all heading back to the highlands, lowlands and all places in between.

So now watch Happy World Outlander Day with your fellow fans, where you will see old friends and new characters. See who is returning and joining the cast here: 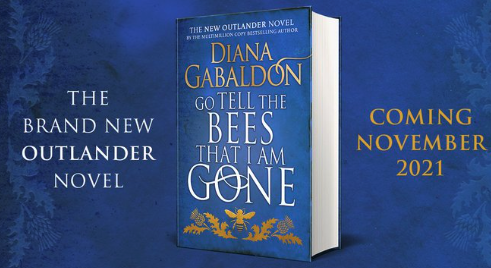 It is with a great sigh that we have experienced the last episode of Men in Kilts with Sam and Graham ending the series at the Culloden, battle field. I can say with personal experience, that I trekked around the perimeter of the moor in some serious dreich to get a perspective on how bad the conditions must have been for the battle. Now we have a drought again until season 6 airs, or could we possibly get the new book published just before then?

Season 6 will combine books A Breath of Snow and Ashes, and An Echo in The Bone. Plenty of time to re-read them for the third time.

Diana Gabaldon has announced on March 27, 2021, that she has finished Go Tell The Bees That I am Gone, the 9th book in the Outlander Series. It is announced that there is a release date of November 2021. Diana has broken down the publishing process for us on her website, and I suggest you look at it. After years of being asked when is it going to publish, I think she has given us a great break down to the process and once she has handed it over, it’s up to the publishers.

The book may not be published until just before season is ready to air, or if the publisher wants to get that holiday selling going, it might be by the 2021 holiday season. However, since these books sell tremendously well, the publisher could wait until after the new year and more of the Covid delays in manufacturing have caught up. So, we are probably looking at early 2022.

Diana Gabaldon on Accuracy of the Show’s Historical References

Starz® has officially announced that season 7 of Outlander is a go! Filming for the long delayed season 6 began this past month in Cumbernald, Scotland. Covid-19 restrictions delayed the season 6 filming based on Diana Gabaldon’s book, A Breath of Snow and Ashes.

Season 7 will encompass the 7th book in the series, An Echo in the Bone. Matt B. Roberts will return as showrunner, with Sam Heughn, Caitriona Balfe, Sophie Skelton, and Richard Rankin all on board. Sony Pictures has picked it up as a 12 episode season. But don’t look for it to air before 2023. Season 6 will be possibly airing in early 2022.

Will the television series stay the course and cover all of Diana Gabaldon’s books? Diana is finishing up the latest book, Go Tell The Bees That I am Gone, the 9th book in the popular series, possibly early next year and may be timed for release when season 6 comes out.

Ron D. Moore, Maril Davis (Tall Ships), Toni Graphia, Jim Kohlberg and Andy Harries will be Executive Producing for season 7. It is not clear yet that Sam Heughan and Caitriona Balfe will produce again. 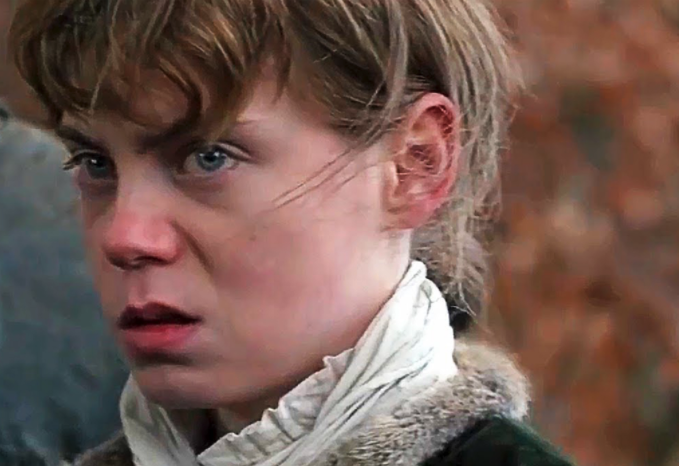 And could we see William Ransome in season 6? Since Stephen Bonnet’s demise was brought in early and in the books, that is where Brianna meets her half brother for the first time, since it the writers are now condensing some story lines, we may get to see young William surface in the season. Outlander has been keeping casting close to the bone this season.

An Echo in the Bone continues with Jamie and Claire Fraser deeply embroiled in the American Revolution. Jamie’s illegitimate son, William Ransome, is an officer in the King’s army with Lord John Grey searching for him. The book has some great plot twists I will not reveal, and as always, the Outlander writers room will possibly combine scenes from the following book, Written in My Own Heart’s Blood, to speed up the story line.

Even though the American Revolution actually spanned 7 plus years. Remember, just because independence was declared, it was fought for for many years. However, television series on this scale can rarely go through 10 seasons. There have been hints that the Outlander series will receive the same treatment as Game of Thrones, shortened to 8 seasons and writers taking the helm completely as Diana Gabaldon is just beginning the final book in the series. If you have been a fan, you know she takes a good 5 years average to finish each book, often times longer.

However, rejoice in knowing you will have at least 2 more seasons, and a possible spin off series to come.

All images ©2020 Starz® and Sony Entertainment